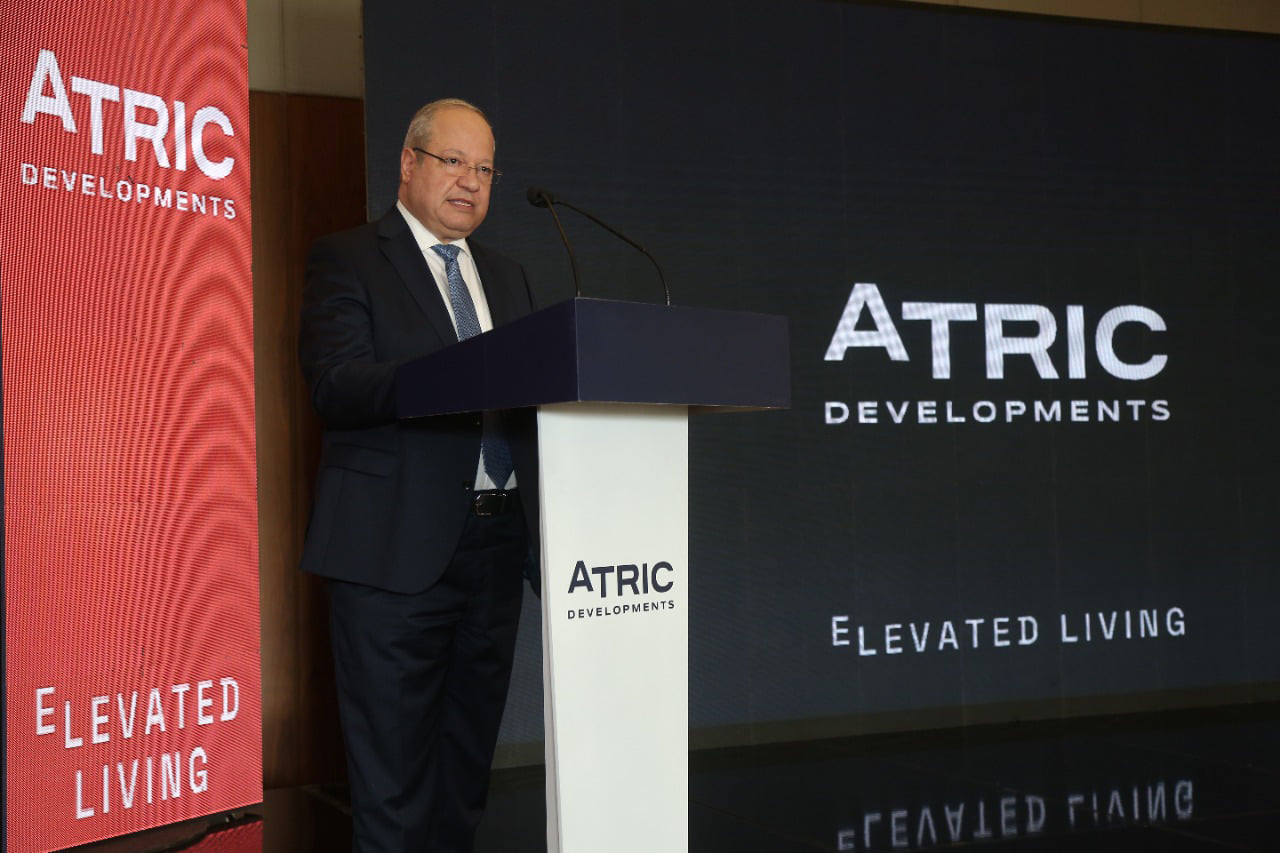 The target of the change is providing a creative vision to enhance the company’s strength and growth in the Egyptian market.

Tatweer Development Company announced changing it’s trade name to ATRIC DEVELOPMENT “” as part of its development and expansion plan that was recently adopted by the company, and to complete various distinctive architectural designs with modern and innovative ideas in various projects carried out by the company.

Eng. Ashraf Naguib, The C.E.O of DEVELOPMENTS ATRIC, announced During a press conference the company’s strategic plans for the coming period, and that the change of the trade name came after very detailed and accurate studies of the market and the conviction of the company’s leaders, among the previous period. In continuation of its career spanning more than 20 years in the Egyptian market, during which the company was able to achieve great successes in various areas in East Cairo, where it’s considered one of the most important pioneering companies in the field of real estate development that aims to create urban communities characterized by sophistication and advanced high-quality services. He emphasized that the letters of the name ATRIC, is the initials and abbreviation of ِAleasria company for real estate development and tourism investment, and that the goal of that change is a marketing goal in line with the company’s new growth plan.

Najeeb added that the company’s future is based on its past years of experience and enhancing its capabilities by integrating ideas and vision to build trust with our customers and present more than 25 projects of a modern and distinctive architectural nature, pointing out that the company’s strategic goal and vision are based on credibility, commitment and implementation of unique and innovative urban projects featured with quality in addition prioritizing our client’s interests,comfort and needs among our top priorities when implementing any of our projects with the quality it deserves in every detail, studying the market well to choose project’s sites with carefully to provide distinctive and different projects.

The Chairman of the Board of Directors praised the urban renaissance that Egypt is witnessing and the urban expansion in the construction of new sustainable cities that bring about an unprecedented qualitative leap for Egypt.

Pointing out that the company had a clear vision since the beginning of it’s work in the market, especially with the natural urban development, and the Appearance of new cities, we headed to Al-Shorouk city and implemented the first distinguished residential community. The services consisted of villas with new ideas, closer to the resort, in the best locations and close to all the main axes in the East Cairo region. It is the “divina” gardens project, the first villa compound in El-Shorouk city, which was sold and delivered a whole year before the scheduled delivery date and that built a strong trust between the company and its customers.

The C.E.O added that the company began to expand, and its choice of the new administrative capital city was due to its belief in the importance of this great national project, by introducing the Boardwalk project on an area of ​​45 acres with a developed urban thought, followed by the “Boho” project in Ain Sokhna with a new and different urban thoughts mixed with development, comfort and distinctive recreational services .

Khattab explained that the company is implementing two projects in the most distinguished areas, the first is the “BoardWalk” project in the New Administrative Capital on an area of ​​45 acres in the R7 area, with a total investment of 4 billion pounds. With a total of 1500 units, between residential buildings, duplexes and villas of different sizes, pointing out that the construction percentage of the project amounted to 53% and the construction was completed. About 75% of the total units were sold in two phases, pointing to the opening of the third phase for sale soon, in addition to the commercial project in the project that was implemented with a new and different idea and is a separate project from the Boardwalk project on an area of ​​30,000 square meters of construction space and will be launched during the first quarter From next 2022.

Khattab also said that the company’s second project under implementation is the “Boho Al Sokhna” project, which is located in the most distinguished place on a 250-meter sandy beach on a total area of ​​20 acres with investments estimated at 1.5 billion pounds with the best recreational services, with a total of 300 diverse units between chalets, villas and duplexes. The implementation rate of the project reached 62%, and the first phase of it will be delivered in the middle of 2022, In addition to the fact that the project contains a hotel in the same line with the state’s tendency to pay attention to the tourism aspect, especially on Egypt’s distinguished beaches, with a total investment of 250 million pounds with a capacity of 100 hotel rooms directly on the beach. It was agreed in principle with one of the major English companies to manage and operate the hotel in the Boho project, and it will be announced upon completion. Among the signing procedures, the company also owns the Dvina Gardens project, the first villa compound in El-Shorouk, with a total investment of 500 million pounds, and it was fully delivered in 2018.

Atric developers aren’t just project developers,
they’re the core foundation of everything the development stands for.